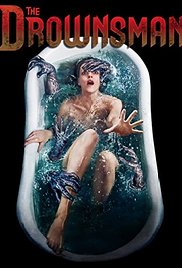 After almost drowning in a lake, Madison finds herself bound to a life of fear. Unable to describe what happened to her during the moments she was underwater, she begins to develop hydrophobia: an abnormal fear of water.

Dabrowsky. During his speech. He called you the ‘afraid of honor.’
It sort of became the running joke of the night.
Hannah did not find it funny.

Are you afraid of water or have another phobia when it comes to liquid substances? Perhaps it’s wise to ignore this film because this is a rather soggy affair. Unfortunately, the whole spectacle largely fails. It ended up to be a disappointing slasher film (however it’s only water that’s splashing around instead of human blood). Most average, unoriginal horrors follow the well-known golden rules of this genre. Firstly, the main character always has ties to the menacing entity who makes the protagonist’s lives miserable. Secondly, there is, of course, no one who believes the main character. And third such a mainstream film is never fully resolved at the end. Believe me, “The drownsman” nicely obeys these rules.

Not one drop of blood to see here.

Nevertheless, the opening scene looked promising and was imaged brilliantly in a certain way. The moment a young woman throws her head backward while sitting in a tub and her long hair swishes water in the air with a perfectly synchronous movement, was a moment that seemed to come straight out of a commercial for shampoo. Unfortunately, this highly aesthetically designed excerpt wasn’t repeated during the rest of the film. It all looked extremely banal and ordinary. It wasn’t really threatening or frightening. The way the victims kick the bucket is downright lousy. Are you getting sick at the sight of blood, I can reassure you. There’s not a spatter of blood to be seen here in this film. In fact the weapon used to vanquish the demon is something what actually isn’t resistant to water. I thought a mop would be an appropriate weapon, so you could mop the villain away.

What bothered me the most, were Madison’s (Michelle Mylett) three best friends. Three pedantic stupid chicks who, despite being furious about the fact that Madison has missed the wedding of her best friend, still are so kindhearted to help their friend with her nasty phobia. They ask Kobie (Gemma Bird Matheson), a medium, to help them out. She already has some experience with similar cases and according to her expertise, it could be that they are dealing with a “haunting” (“Let’s not call them hauntings.”). Eventually, they use a fairly sadistic and extreme method to help Madison. They just immerse her in a bath. I think it would have been wiser to seek professional help.

Still, there’s something original in it.

As always I try to find something positive in a movie. The cause that created this wet demon, was a highly original idea. Also, the way it uses the medium water to move around was not ill-conceived. And of course, the acting of Michelle Mylett was admirable. The way she portrayed the fear that came over her, during the appearances, was certainly praiseworthy. And the moments when “The drownsman” suddenly popped up, was reasonably successful but far from chilling. Unfortunately, these are also the only positive points I could come up with. The rest is just a storm in a teacup.